Lead Independent Director of the Company since March 2021. Former Provost and Senior Vice President for Research, University of Rochester. Dr. Clark earned his doctorate in mechanical engineering from the Virginia Polytechnic Institute and State University and joined Duke University’s Department of Mechanical Engineering and Materials Science in 1992. He founded Duke’s Center for Biologically Inspired Materials and Material Systems, creating a multimillion dollar program involving more than two dozen faculty members. He also held the Thomas Lord Professorship of Engineering and served as Dean of the Pratt School of Engineering before coming to Rochester to serve as Dean of the Hajim School in 2008. Dr. Clark was named Senior Vice President for Research in March 2013 following a national search and was appointed Provost and Senior Vice President for Research on July 1, 2016. Dr. Clark is an expert in the science of acoustics, dynamic systems, applied control and bio-nanomanufacturing. His work in these areas has led to more than 140 journal publications and earned him numerous awards. He is a fellow of the American Society of Mechanical Engineers, the Acoustical Society of America, and the American Association for the Advancement of Science. He serves as Chair of the Strategic Research Advisory Board of the Austrian Institute of Technology (2013-2017). Dr. Clark has served as Director of Minerals Technologies Inc. since 2010. 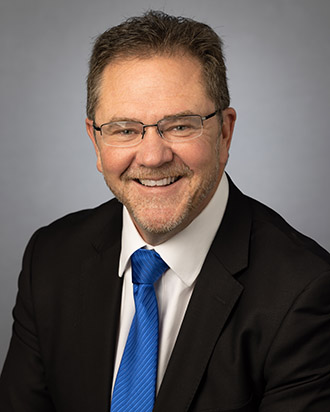