CETCO Energy Services served as a Diamond Sponsor for the AADE’s 2013 Fin, Feather and Fur Food Festival in Humble, TX. This event, which helps fund many of AADE’s educational initiatives, is attended by almost 100 cook teams and thousands of visitors. Our veteran cook team of OP Barrios, Steve Barnett Tim Perrin competed in the cook-off and prepared a duck empanada topped with pheasant slaw and jalapeno jelly. Their efforts brought much delight to the attendees who poured through the CETCO tent to taste the cuisine, grab a cold drink and take a picture in the football-themed environment. 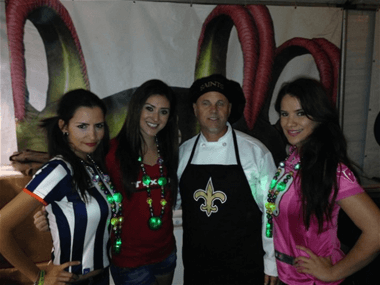 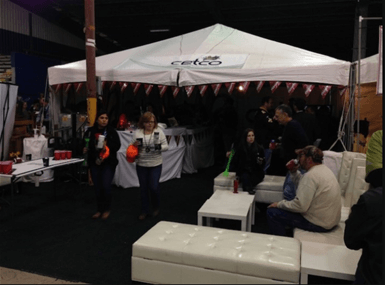 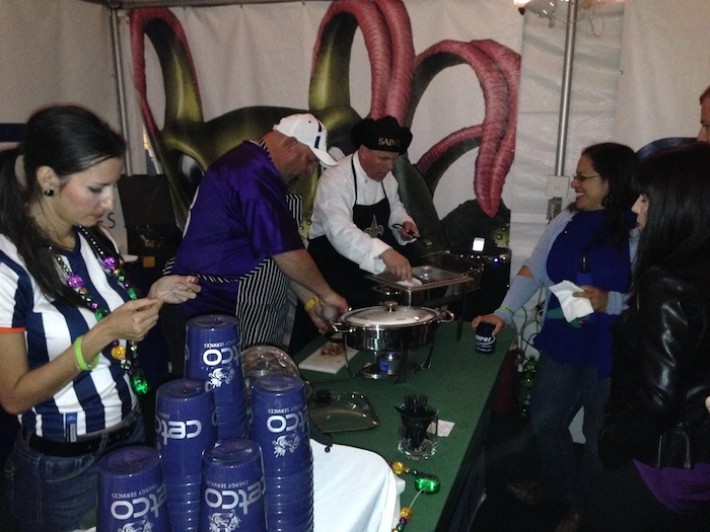 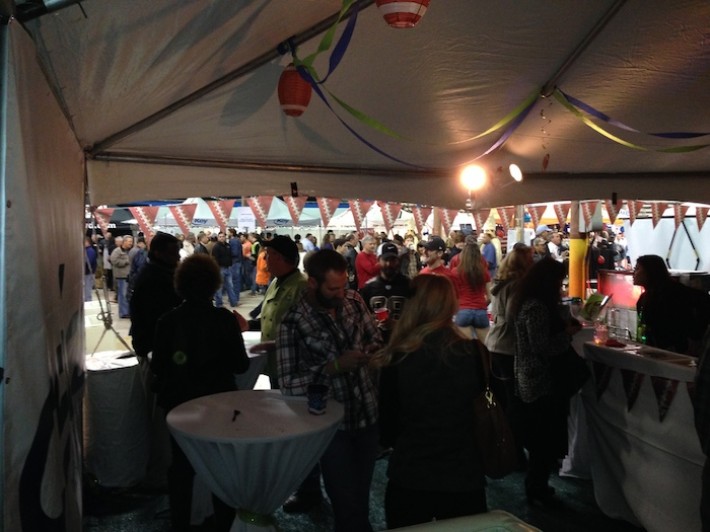